Home What else is there to do?

What else is there to do? 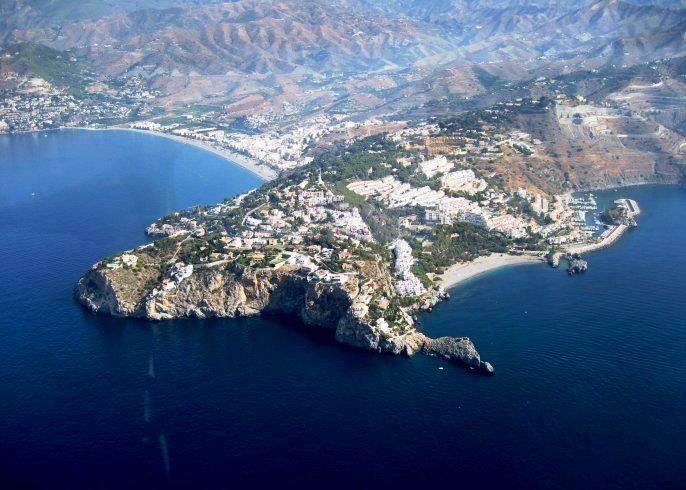 Your days may be spent growing your very own custom-made classical or flamenco guitar, but what of the weekends and evenings? Well, some students just can´t get enough and like to spend every spare moment in the guitar workshop too! However, for those who have also come to the Costa Tropical for a taste of southern Spain, there is an array of things to do and see in any spare time you may have.

La Herradura (the bay to the left featured in photo) is a small village with a beautiful, sweeping horseshoe-shaped bay sheltered by two imposing natural land masses at either end. These jurassic-looking points are protected by environment conservation rules, making La Herradura one of the most untouched and stunning spots on the coast of Malaga and Granada provinces. Owing to its protected geography, the local area has a unique micro-climate, hence the term Costa Tropical (Tropical Coast). To be exact, the climate is not really tropical but subtropical, because there is none of the stifling humidity common to the tropics. In fact, refreshing sea breezes fan the shoreline throughout most of the year, which is wonderful during those hot summer days. The guitar workshop is two minutes walk from the beach, so if you prefer to relax and watch the sunset after a full day of sanding, carving and gluing, you won´t have far to go!

Local transport is inexpensive and regular, and the surrounding area consists of towns and cities dotted along the coast or located in the nearby foothills and mountains such as Nerja (15 mins by bus), Almuñecar (10 mins by bus), Malaga (1hr 15mins by bus), Granada (1hr 30mins by bus). Each place has its own unique landmarks and attractions, which you can find out more here. - and to name a few here:

It is worth mentioning in particular one of the many special traditions of Granada province, which is to gift free food in the form of a small - and sometimes not-so-small - tapa (the name now given to a small dish of a type of Spanish cuisine) when you purchase a drink in most of the local bars. It is a generous gesture and symbolic of the warmth you will surely encounter in the Spanish culture of Andalucia. All in all, you will not be stuck for things to do! (if you have any time left that it!)