The Guitar making course May 2014 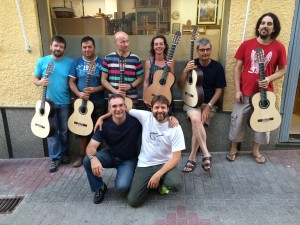 We celebrated the culmination of this guitar making course in El Castillo de la Herradura once again, even more prepared than last time so were able to fully appreciate the amazing setting that we are able to use thanks to the Ayuntamiento of Almuñecar and La Herradura. This offers us a wonderful acoustic and plenty of space to enjoy tapas and wine after the guitars had been played! 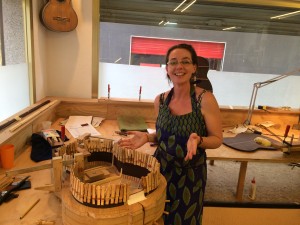 The course was attended by 6 students from the countries Uruguay, Spain and the United Kingdom. We were especially pleased to have two Granadinos, Oscar and Sergio on the course to learn guitar building in the Granada tradition. This has been very pleasing to know that the Spanish are accepting that it is very hard to actually find anywhere to learn this unique art as many makers do not want to share their ¨secrets¨

All made traditional Gra 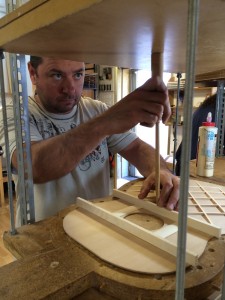 nada guitars in Indian Rosewood and European Spruce apart from one woman student Alex from the UK who had decided to build a lattice guitar based on Stephen Hill´s own way of building these guitars. With the Granada guitars we used the new system developed bt Stephen over the previous year, with 7 fans and a ´nerve´under the bridge. The guitars has volume, power and refinement. Very pleasing indeed. 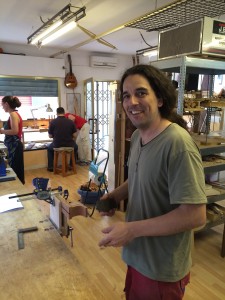 All guitars were complete to an extremely high level, each with their own clear and strong character.   To see more about the construction we used during this course have a closer look on our gallery page https://flic.kr/s/aHsjYgnoK2